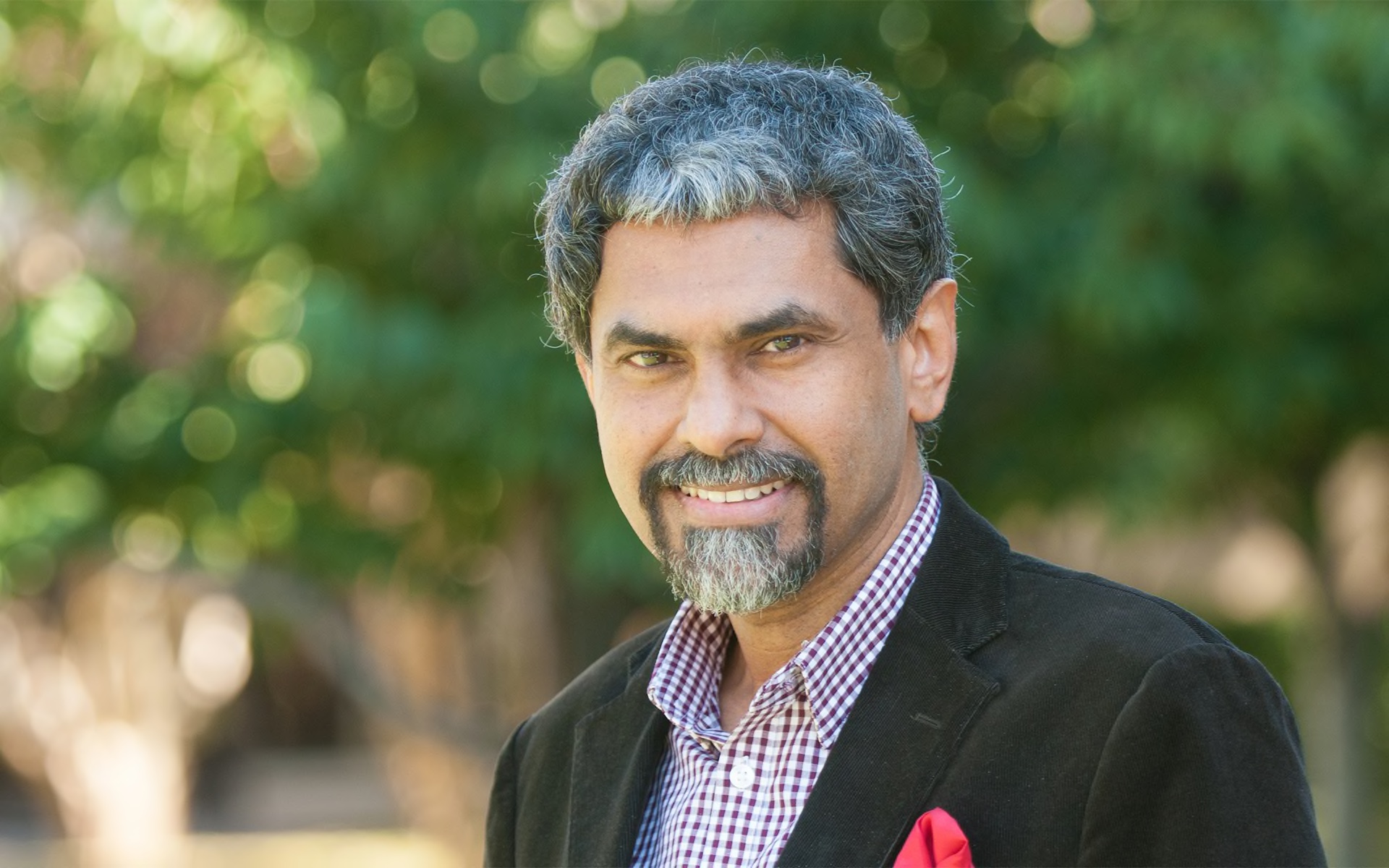 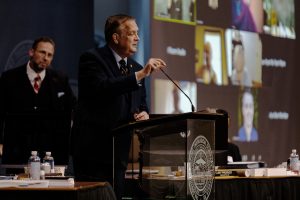 On April 10, a rainy Saturday, 106 students served the city of Louisville through the Bevin Center’s 1937 project. Each year, SBTS and Boyce volunteers spread out across Jefferson County and work in the community. Along with parks and churches, Coleridge-Taylor Elementary was among the worksites this year. 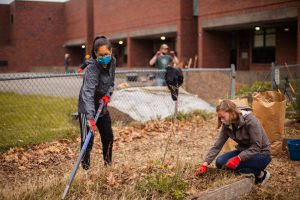 "Several of my roommates and I were able to participate in this year’s 1937 Project.” said Tommy Nissen, SBTS MDiv Student, “our site was Coleridge-Taylor Elementary. We put up fencing, repaired garden boxes, cleaned out chicken coops, mulched, weeded, raked leaves, and prepped the grounds for the rest of the semester and the summer.”

If you are an MDiv student who needs to fill in some gaps toward your degree, SBTS will have three summer terms with all core classes available that will allow you to do just that.

SBTS will be expanding its summer offers to include the entire core of the MDiv along with many electives. These courses will be offered online over three eight-week terms beginning May 10, May 31, and June 7. The on-campus requirement for students who live within a 50-mile radius of SBTS will be waived for these summer terms only.

Ministry students wanting to study theology and business now have an excellent opportunity through a brand-new credit transfer program between The Southern Baptist Theological Seminary and Union University.

The new graduates of The Southern Baptist Theological Seminary have the same task as that of the shepherds who appear in the story of Jesus’s birth: to proclaim that the Savior of the world has come, seminary president Albert Mohler told fall 2020 graduates.

In Southern’s 226th commencement, 236 students received degrees from the seminary—even more than the 208 who graduated in the fall of 2019. The degrees awarded ranged from an array of masters degrees to doctoral degrees including the Doctor of Philosophy.

In words addressed personally to the graduates, Mohler pointed them to Luke 2:15-20, which is he described as the first preaching of the gospel -- a fact that’s often overlooked, but one that well illustrates the God-called steward’s most fundamental mission. In a video message to graduates, Mohler charged them to endure in that mission faithfully, sacrificially, and joyfully.

If there’s one attribute that seems to be universal among SBTS students it is a love for reading and a passion for good books.

For those in ministry, it’s doubly important to be given to reading, for God has revealed himself in a book and studying it is fundamental to the minister’s calling.

Two longtime volunteers have been working tirelessly behind the scenes these past few months to put more good books into the hands of seminary students free of charge through The Southern Exchange. The Southern Exchange serves students and student families through the distribution of free used clothing, shoes, household goods, furniture, and good books.

Scott Connell was appointed as professor of church music and worship. He also serves as pastor of worship and communications at historic First Baptist Church of Jacksonville, Florida. Connell is a face familiar to the SBTS family, having obtained a PhD in Christian worship here and serving as associate professor of music and worship leadership for eight years at Southern.

Southern Seminary President Albert Mohler was elected president of the Evangelical Theological Society Thursday during the organization’s 72nd annual meeting. Due to the pandemic, the meeting of evangelical scholars met virtually this week. The meeting was originally scheduled to meet in Providence, Rhode Island.

Previously, Mohler had served as vice president of ETS, having been elected to that office during the 2018 annual meeting in Denver, Colorado.

“I am deeply honored to serve as president of the Evangelical Theological Society," Mohler said. “As a young evangelical, I came to respect and admire this society for its identity as a society of evangelical theologians that would demonstrate the highest quality of theological and biblical scholarship."