The Board of Trustees at The Southern Baptist Theological Seminary convened for its biannual plenary session on October 14, hearing reports about the health of the institution and affirming all committee recommendations.

The plenary session took place during the seminary’s Heritage Week events, which begin on Monday morning and conclude on Wednesday afternoon.

During Monday’s events, Southern Seminary President R. Albert Mohler Jr. announced to trustees the appointment of Southern Baptist and ethicist Andrew Walker as Associate Professor of Christian Ethics and Apologetics, associate dean of the School of Theology, and director of the Carl F.H. Henry Institute for Evangelical Engagement. 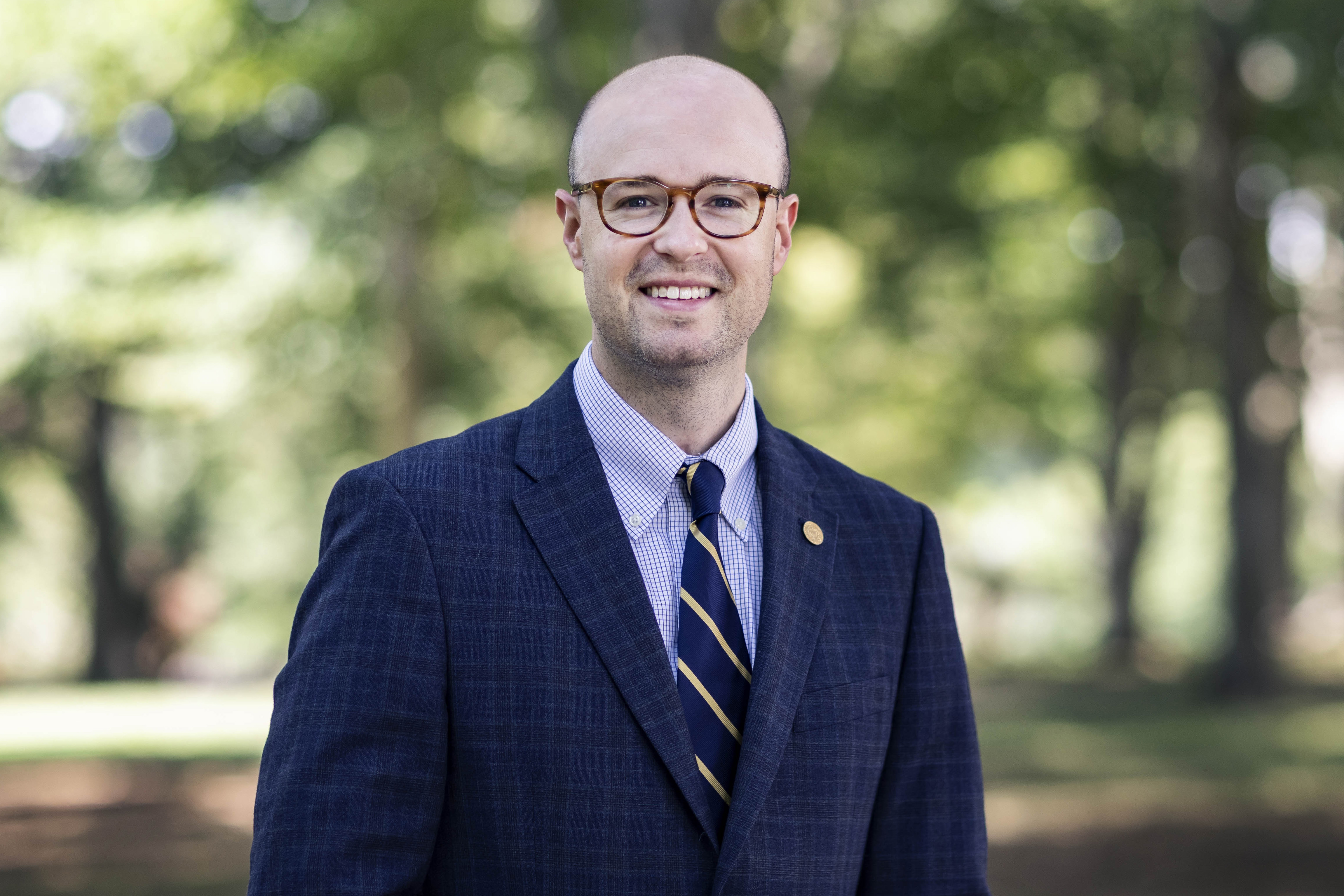 Walker is moving to Louisville with his wife, Christian, and their three daughters: Caroline, Catherine, and Charlotte. He served with the Ethics and Religious Liberty Commission for six years before coming to Southern, and will continue working with the ERLC as a part-time research fellow. Walker had been hired to the Southern Seminary faculty in May.

“Andrew Walker is one of the brightest, most faithful, and most gifted Christian scholars of this generation,” Mohler said. “Andrew is a stellar Christian ethicist who is already greatly respected and widely influential. I am so pleased that he has now joined the Southern Seminary faculty. This is an outstanding announcement for Southern Seminary and the Southern Baptist Convention.”

Walker is a leading thinker in Christian ethics and public theology. In his role with the ERLC, Walker researched and wrote about the intersection of Christian ethics, public theology, and the church’s social witness. The New York Times called him one of the most “undaunted” defenders of a biblical view of marriage, and he is the co-author of the 2015 book Marriage Is: How Marriage Transforms Society and Cultivates Human Flourishing.

His writing has been featured in publications like National Review, First Things, and Public Discourse. Along with Russell Moore, he is co-editor of the nine-volume Gospel for Life series, published by B&H. His recent book, God and the Transgender Debate: What Does the Bible Actually Say about Gender Identity? won The Gospel Coalition’s Public Theology award in 2017, and was distributed to trustees during Heritage Week.

“To be on faculty at Southern is a privilege for which I am unspeakably grateful,” Walker said. “I love Southern Seminary and what it stands for with Dr. Mohler's vision for confessional education. I want to be present to further the institution's theological legacy, train pastors, and invest in the future of the Southern Baptist Convention.

“The faculty of Southern Seminary is legendary, and I’m honored to play a small role in helping lead within the School of Theology. As a younger Southern Baptist who had many of these professors as a student while at Southern, I know I have so much to learn from this faculty and look forward to serving them as my colleagues.”

The Carl F.H. Henry Institute for Evangelical Engagement was established in 1998 as a faculty center of Southern Seminary named after one of the greatest Baptist thinkers of the 20th century. Henry was the founding editor of Christianity Today and published more than 30 books during his 60-year career, including his magisterial six-volume work, God, Revelation, and Authority, which was published from 1976 through 1983. Henry also developed ties to Southern Seminary and Mohler, whose theology and ministry have both been shaped by the Baptist theologian.

The Henry Institute exists to extend Henry’s profound theological and cultural legacy by engaging the Christian church and broader culture from a theological worldview shaped by Henry’s thinking and to speak biblical wisdom into a confused age.

Matthew J. Hall, provost of Southern Seminary, said Walker will provide excellent leadership to both the School of Theology and the Henry Institute.

“In this generation, the urgency of theological ethics is felt all around us,” Hall said. “That’s why I am so grateful for how the Lord has called Dr. Walker to this new post and to a new season of teaching and leadership here at Southern Seminary. He is one of the sharpest and most gifted Christian ethicists of his generation, one who is a committed Southern Baptist. It’s also fitting that he will provide fresh leadership to the Henry Institute, equipping Christians with resources to live faithfully in a hostile world for the Kingdom of Christ.”

During the plenary session, the Board of Trustees also approved a recommendation from board officers in response to a motion addressing abuse awareness, prevention, and care during the annual meeting of the Southern Baptist Convention in Birmingham, Alabama, this summer. The recommendation stated that Southern Seminary has “made abuse awareness, prevention, and care a top institutional priority,” by thoroughly reviewing all existing policies and procedures and even more clearly delineating reporting responsibilities.

In the previous year, Mohler appointed Garnetta Smith as the school’s Women’s Support Coordinator, a cabinet-level position that functions liaison and support for all women on campus. The school also requires all students, faculty, and staff to complete MinistrySafe, a third-party training and assessment tool.

In other business during the evening’s plenary session:

-- The trustees heard reports from several sub-committees of the Board about the financial and student body health of the school. Without exception, reports told favorable stories about the state of Southern Seminary.

-- The Board of Trustees approved a full sabbatical for Stephen J. Wellum, professor of Christian Theology, and a half sabbatical for Thomas R. Schreiner, James Buchanan Harrison Professor of New Testament Theology. Both of those sabbaticals will be taken during the 2020-2021 academic year.