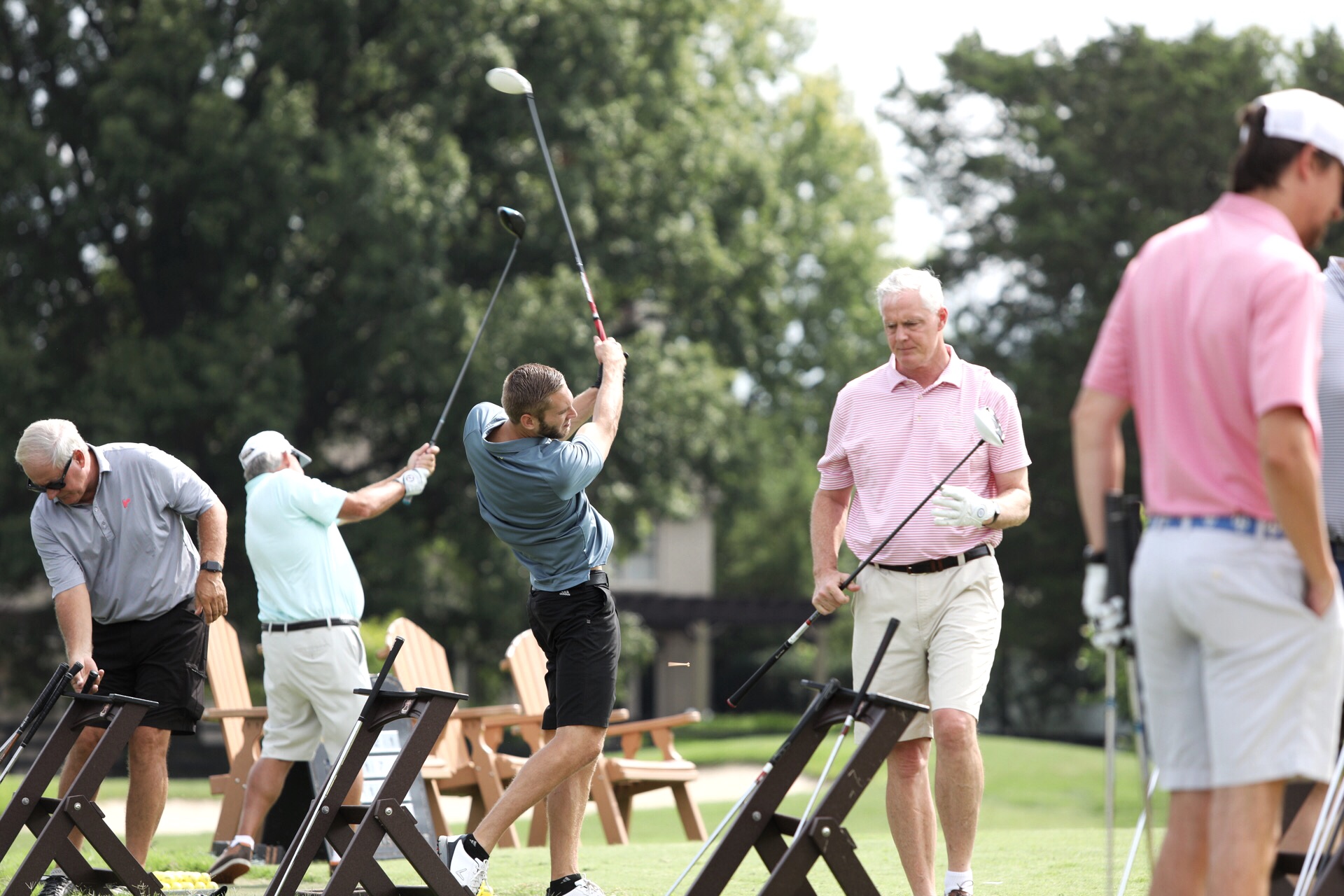 “This was the 15th annual edition of the Heritage Golf Classic, and by every measure, it was the most successful,” said Craig Parker, who is senior vice president for institutional administration at Southern Seminary and who oversees fundraising efforts at the school. “I’m certain the handful of friends who gathered in 2004 for the first Heritage Classic could not have imagined a tournament with more than 100 players raising more than $200,000 of financial support for the students of Southern Seminary.”

This scramble-style tournament this year raised more than $220,000. All of the funds go toward the seminary’s annual fund, which offsets tuition costs for students. This amount does not include cash gifts donated on-site at the event.

In total, 27 teams, making up of 108 total players, participated in the Heritage Classic. The winning team, which scored a 57, comprised of Josh Bordas, Josh Brennard, Jim Bernard, and Tom Vallett. At the tournament each year, the seminary awards a student with the Rick Bordas Student Scholarship, named for long-time Southern Seminary friend Rick Bordas. This year’s winner was Edward Kintu, who received the award from Bordas’s widow, Lori Bordas, and his son Josh Bordas.

“God has been incredibly kind to give the seminary so many generous friends who believe in the importance of theological education,” said Parker. “I am tremendously grateful for their support, and for the trust they have placed in us to thoroughly equip the students God has sent to Southern to prepare for service to the church.”

Mohler: Golf tournament an ‘investment in ministry in the name of Christ’

After the golf play ended, participants gathered in the clubhouse for dinner and heard from Southern Seminary president R. Albert Mohler Jr. Mohler thanked them for their support the of seminary. Mohler noted that the average graduate school student finishes their program with about $160,000 in debt, but his goal for Southern Seminary and Boyce College is for students to graduate “without a dime” in debt. This is only possible through aggressive giving that prioritizes the preaching of the gospel around the world, according to Mohler. “Debt is one of the greatest killers of ministry — it is one of the greatest enemies of the Great Commission,” said Mohler. “Because of you, we are able to deliver an educational product that, if we had to ask students to pay for it in full, would result in crippling debt. But in your generosity … you are investing in ministry in the name of Christ until he comes.”

Mohler, who is beginning his 26th year as president of Southern Seminary, said this support of theological education is as important as ever before. Christian education in 2018 is in a state of flux, he said, but Southern Seminary can claim a record enrollment for the upcoming school year, with a student body representing all 50 states and 70 foreign nations.

“You have a part in training people who will be all over the globe, preaching the gospel and teaching the Word of God. They used to say, ‘The sun never sets on the British Empire.’ Well, the sun never sets on Southern Seminary and Boyce College,” Mohler said. “Somewhere, every single minute of the day, there are ministers of the gospel, missionaries, pastors, and church planters serving in the name of Christ. And you made that possible.”

The 16th Heritage Classic will be played in August 2019 at Big Spring Country Club. More details will be available soon at sbts.edu.